Committing herself on a global scale, dance director Helena Waldmann is going to cross borders once again, this time with «Good Passports Bad Passports». Following her sensational dance piece «Made in Bangladesh» on the economic parallels between factory workers in the Bangladeshi garment industry and artists in the West, her new production shows the connection between national borders and the longing for closed communities.

It is a piece for two companies – one contemporary dance company, one from the world of nouveau cirque. They are separated by a wall made of human beings. These people who are cast locally represent the border. The border defines the company, it limits the freedom of movement. In contrast to information, goods and money, people without good passports are not allowed to cross the border. Instead, information, goods and currencies cement the attributions of others – in a world divided by nations.

The choreography uses the means of theatre to visualize the mechanisms of this seclusion. Helena Waldmann chose the title «Good Passports Bad Passports» because you can associate the one or the other company with countries like Afghanistan or Syria where territorial conflicts have made the value of their passports plummet, whereas the other company could be Europe, Canada or the USA whose passports enjoy the highest reputation and guarantee practically complete freedom of movement to their holders.

«Good Passports Bad Passports» is a deliberate cross-border project that involves seven co-producing theaters in Switzerland, Luxembourg and Germany and will tour internationally. It is meant to prompt a debate on how we take our borders for granted and how nationalism stops people almost unwittingly to make free choices and think outside the „closed shop“.

Helena Waldmann’s productions are political and poetic, tender and brutal, analytical but of an unobtrusive sharpness. They reliably hit a societal nerve, touching all of the viewer’s senses and challenge through the creation of amazing images.

Such thought-provoking, politically topical material with such first-rate, astounding performers, is well worth watching more than once.

Helena Waldmann’s productions are political and poetic, tender and brutal, analytical and yet of unobtrusive sharpness. They reliably hit the social nerve, grab the audience with all their senses and challenge them with crazy pictorial inventions.

a production by Helena Waldmann and ecotopia dance productions 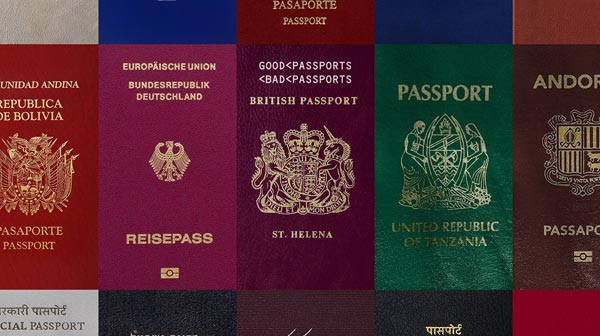 Walls in the mind >

Her staged rivalry between serious art and entertainment can also be read as an allegory of a world in which the privileged part of humanity keeps the other, allegedly more primitive part at a distance.
This ambiguity makes it almost impossible to acknowledge the global situation as unbalanced for one thing but, when it comes to the question regarding the value of body languages, to favour dance. The wall inside the mind topples. But the production also shows how exhausting a however spectacular flic-flac sequence is in the long run, while the dancers convey something sophisticated with much less physical exertion.
Constitution, faith and war, that’s how Helena Waldmann names her three chapters in which four dancers compete against three acrobats, assisted by an amateur choir that functions as a mobile wall or a manipulable mass.
All of them together stand for the whole of human mankind. Every chapter begins with an animated tableau.

First of all, the protagonists re-enact the 1945 photograph of the raising of the US flag on the Japanese island Iwo Jima; then a takedown from a cross, and finally Francisco de Goya’s ‘The Third of May 1808’. Again and again these group scenes break up and two factions form that try to dominate the situation, each increasingly relentless and with their respective form of expression. To this resound three versions of the today somewhat cynical song “We Are The World” by Michael Jackson and Lionel Richie that crowned Bob Geldof’s Live-Aid charity concert for Africa in 1985. We never hear the tacky melody for long as it gets swallowed up by pulsating rhythms and sharper sounds.

None of the memorable scenes move on a single track. Setting world events and theatre life side-by-side makes for a striking effect because it gives an idea of how comprehensively equality must be conceived. If “Good Passports, Bad Passports” ends with the question of whether humanity will ever get along without borders, the company seems to refuse an answer to this but gives it nevertheless: through the spacious, coequal and completely mixed arrangement of all the performers. Once again Helena Waldmann trusts the body when it’s about taking a position.

In her compelling work Good Passports Bad Passports Helena Waldmann draws parallels between borders, crossing them, innate prejudice, outdated traditionalism and the held beliefs of contemporary dance and acrobats, but it’s an analogy that works well in this context and proved to be a stroke of genius.
There were many uncomfortable, upsetting moments, but at times it was laugh-out-loud hilarious. All of it resonated rather deeply. The stage was populated with four dancers, three acrobats and 20 local people. A pole was erected and one of the acrobats quickly shunted up, holding himself (somehow!) at a right angle to the floor, symbolising a flag. The stage was split into two and a voice spoke in both German and English, making a series of comments: I pay taxes; I have a credit card; I have a conviction and so on. The cast have to choose left or right, yes or no, and flock between sides, sometimes changing their minds, as if they feel obliged to be honest. So, the scene is set, the rights and wrongs of our assumptions, the blatant observation that we are different beings, with multi-faceted opinions, but neither wrong nor right.
It is expertly portrayed via the vocal and physical representation of the contemporary dancers, who do not want spectacle or tricks or glamour, and the flamoyant acrobats, who are intent upon risk, exploring the new and gaining applause. As both sides vie for authentication, the acrobat demonstrates his ‚roll’ by throwing himself into an airborne flip. The contemporary dancer executes his version as a sideward somersault on the floor, adding to this his ‚prince role’, with the mime gesture of a crown. The delivery is deliciously droll and highly amusing. What ensues can only be described as a battleground where each side dismisses the other – the aggression, endurance and sheer physicality and athleticism escalate to monumental proportions, with plenty of explosive and exciting episodes – and the central issue of prejudice on both sides is left unresolved. In one sequence, the acrobat mimics the dancer, generating much mirth. A quite brilliant, exaggerated display of campery followed, made all the more poignant because, in reality, he could not demonstrate adequately the contemporary technique. As a wall of linked people surged and repressed the two divisions, with no satisfactory outcome, it hit home – the inability of populations everywhere to change their core beliefs. Such thought-provoking, politically topical material, with such first-rate, sometimes astounding performers, is well worth watching more than once.

Helena Waldmann’s grandiose piece about borders and all of us
The title „Good Passports Bad Passports“ needs no further explanation in a world in which some can move, others cannot, in which some like to travel and others desperately seek a place from which they are not chased away.
The choreographer develops impressive, practically unforgettable images of otherness and the question of what it actually consists of, concerning hostility and its effects, and for the coexistence of people in general.
What holds them together? What makes them fly apart? After a great hour of dance and acrobatics you still don’t understand it, but you have an idea of it in your head. And you realize that it is always a laugh. To laugh would be.

This both politically and contextually very ambitious piece ‘Good Passports Bad Passports’ thrives above all on the sensual power of artistic contrasts: there are some impressive duets between dancers and acrobats in which they approach or pick on each other, to test the other in their limits and respective art. The public’s heart beats – one can feel it in every scene – for the young, exceptionally vital and laid back acrobats. But the piece needs contemporary dance and its dancers in order to make precisely these qualities visible and also to give the artistry an emotional and symbolic dimension. Helena Waldmann has not created a piece for the Cirque Nouveau, but brought together dancers and circus artists on an equal footing. The dance director has once again broken new artistic ground with ‘Good Passports Bad Passports’.

What stays in the memory of this evening are above all the symbols. The borders between our nation states are constructed, constantly defended and disputed – and much more easily crossed by people of certain countries than by others. That fact that not everybody can move freely between these borders is an omnipresent problem in these times of immense migrant and refugee movements worldwide, that director and choreographer Helena Waldmann addresses now on stage in her new dance theatre piece ‘Good Passports Bad Passports – a borderline experience’. The focus is on the assertion that isolation and inequality result from nationalism. In order to find an artistic equivalent for this political-human conflict, Waldmann brought together three acrobats and four contemporary dancers: Nouveau Cirque ‘versus’ modern dance. Additionally, 20 laypeople are on the stage: ‘wall builders’, as they are called in the programme booklet.